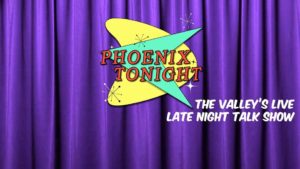 Phoenix Tonight, the Valley’s live late night talk show, kicks off its second year with a . . . celebration? . . . of the superhero showdown that blew apart the box office exactly one year ago this month — Batman v. Superman: Dawn of Justice! How are we doing that? Well, check out this month’s first guest — who’s appropriately followed by some wonder-women that will knock your cowl off!

Don’t forget that this episode follows a special prime show on Friday, March 10, at Drawn to Comics in Glendale. Here’s that event page — it’s a weekend packed with Phoenix Tonight! 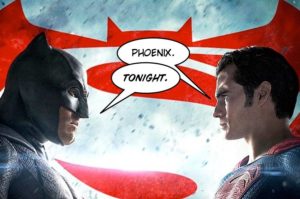