Part love-story, part who-done-it, Munched tells the tale of a mother convicted of Munchausen Syndrome by Proxy and the now-adult daughter she lost custody of 25 years ago. MSBP is a psychological disorder in which a seemingly empathetic and entirely loving caregiver deceives a doctor into treating her ward for an illness that she herself induced (think poisoning, smothering, toxins in an open wound) in an effort to receive attention, affection and status. Described by LA Weekly as “spellbinding and intimate,”Munched was twice the recipient of the Theatre Bay Area Grant and the Tournesol Grant (2004). It also received the MacDonald Playwriting award from KPBS in San Diego, where it was described by one critic as a “mesmerizing and disquieting experience.” 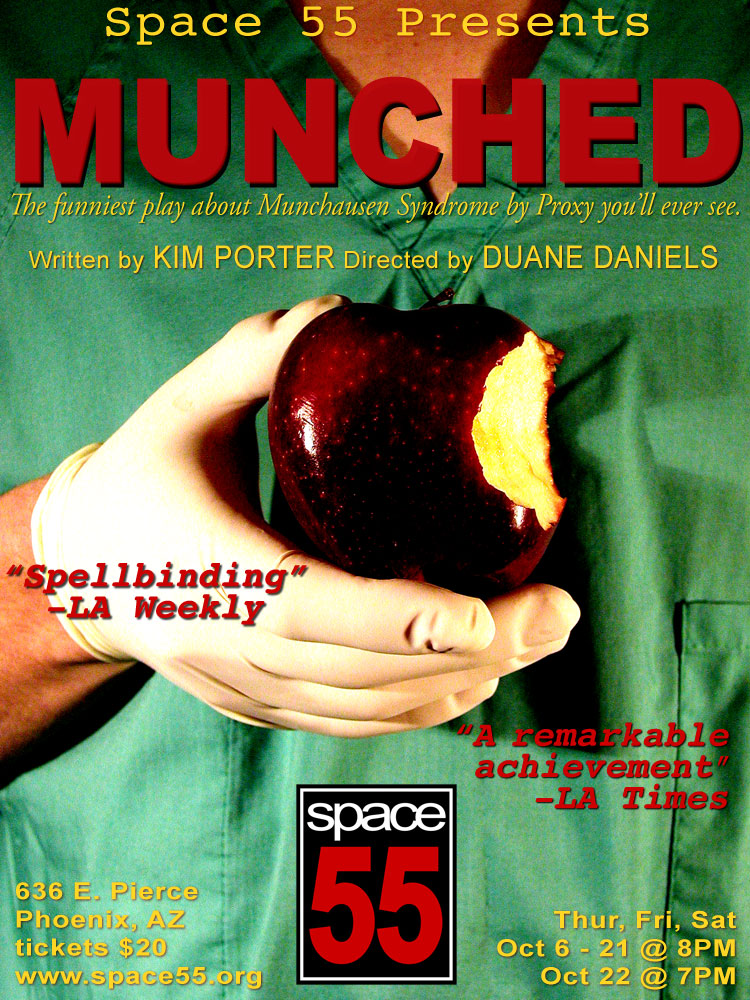